Chris’ residential retreats are well known within the industry as one of the most inspirational and creative retreats around. They have been attended by a multitude of successful songwriters from the legendary Beth Nielson Chapman, Graham Gouldman, Amy Wadge, Robert Vincent & Kimmie Rhodes to more emerging artists such as Yungblud & Josh McClorey.

For five days, songwriters from all around the world converge on this beautiful stately home, just a stones throw from the Glastonbury Festival to immerse themselves in a truly unforgettable week. Songs are written and performed, friendships and collaborations are established.

The whole week is made possible by the enormous generosity of one of our patrons and benefactors, The Buddy Holly Education Foundation. 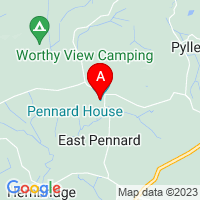